Multiphonic Mobile is an improvised work for an oboist-in-motion and a mobile. For its creation, the work uses a range of pre-selected multiphonics and sound distortion techniques (flutter-tonguing, embouchure modifications etcetera) which are read from the planes of the mobile, alongside improvised movements which are dictated by the mobile. The oboist’s movements include standard performance practices, exaggerated standard performance practices and movements one would not normally expect of an oboist.

An oboist’s normal movements can be divided into a number of broad categories and are, to some extent, made in response to the notation of the music being performed. The two most significant categories are:

Specific movements of fingers, lungs and lips in order to perform a work (on the oboe these are often very small and sometimes invisible).

Movements of the body which are executed either in order to enhance performance or to communicate the music using gestures as well as sounds. Many musicians move in order to communicate the music, however, some oboists’ movements also enhance the quality of a performance by enabling better technical results: examples include stooping down or stretching up, which affect the performance of the lower and upper ranges respectively. Many such movements are both physical and psychological aids to performance.

In an improvisational environment, where aleatoric sounds form a major part of the musical concept, the use of nonstandard movements is a welcome addition to the performance practice. Movements which twist and turn, compress and stretch the body randomly will have a significant effect upon the sounds created as they may alter the expected results of the fingerings and distortion techniques.

In Multiphonic Mobile therefore, rather than enhancing the standard sounds, the range of movements being used is more likely to achieve the opposite effect by distorting or even destroying the expected sounds. The combination of volatile multiphonics and invasive movements should give rise to new avenues of musical creation for the performer to explore.

My starting point when creating Multiphonic Mobile focused upon the question of how to make the performer move in unconventional ways. A simple instruction to ‘move unconventionally’ could be given but this seemed rather unimaginative. My solution was to build a simple mobile with which the performer has to engage and, in a sense, become a part of.

The mobile consists of three hanging planes which carry the performing information (figure 1). 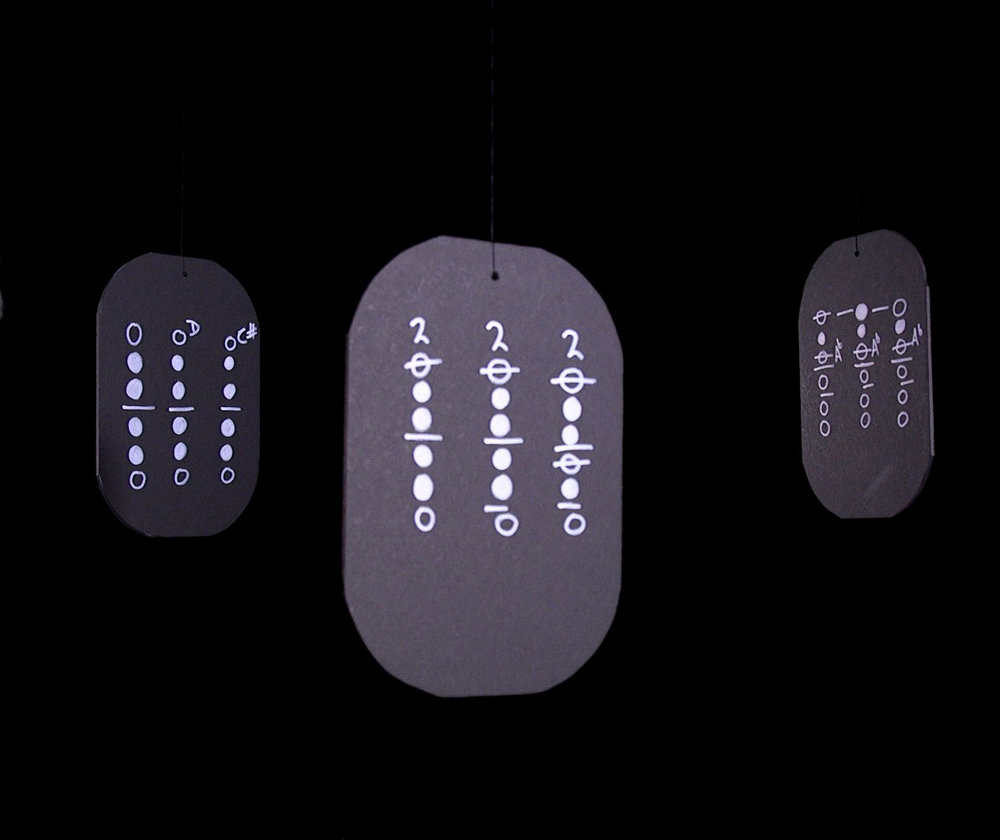 Each plane has its own unique fingerings and distortion instructions: one side includes three multiphonic fingerings while the other side has five possible distortions which can be applied to the multiphonics. The mobile should be hung in such a way that the performer can stand in the centre of the three planes with space to move around them. The planes should be at a height at which the performer can naturally read the written information.

The work begins slowly and hesitantly using brief utterances of varying lengths. As it develops, longer passages should be used and dynamics should become generally louder. The work should be punctuated with occasional moments of silence when the performer should also remain as still as possible.

The oboist performs as part of the mobile, moving fluidly around, in and out, influenced by and influencing the planes. Movement should be almost constant, the only exception being any silent/still interruptions. Personal performance movements should also be employed. Any instructions which are out of view should not be used unless they have already been seen. All movement should be considered a part of the improvisation.

The performer influences the mobile planes in a number of ways: by deliberate interactions between the performer’s body and the mobile, by catching or tapping the mobile with the oboe, by an unintended clumsy movement or by blowing on to the mobile. When this is done the breath sounds should be audible and the action of breathing in and blowing out visible.

If something unexpected happens, such as the discovery of a multiphonic sound which is not one of the listed sounds, or a mistake occurs which interests the performer, these can be turned into free episodes. An episode should be marked clearly by the performer stepping outside the mobile and pointing away from the planes. A return to the centre of the mobile marks the end of an episode.

Individual pitches should never be performed unless:

If a pitch does occur by accident the performer should try to turn it into a multiphonic using exaggerated movements of the embouchure (see below).

As part of this improvised work some private preparation can be undertaken including the practice of multiphonics and the distortions as well as practising ‘ideal’ passages from an imagined performance. In the live situation however the performer is encouraged to explore any new possibilities which may arise.

Multiphonics were chosen as the primary sound source for two reasons, first, they frequently ask the performer to exaggerate movements of the embouchure and breath and, second, they can be very unstable and, therefore, enhance the more aleatoric aspects of the work. Both of these areas are yet further amplified by the use of the distortions which tend to increase movement of embouchure and breath and to destabilise the multiphonics.

After the initial presentation of the groups of multiphonics ten distortion techniques, which can be found spread across the mobile planes, (five on each and, therefore, five are repeated) should be used. The performer is free to choose which to use, in what order or in which combinations. It is not necessary to use all of them. The various suggestions for distortion should be used individually and in conjunction with each other. Most of these methods of distortion are well known to oboists and composers but a couple are rarely used. Some of the distortions can destroy the multiphonic or transform it into another sound entirely.

It is possible with many multiphonics to isolate one of the pitches or to develop a pedal point between several multiphonics: such possibilities should be explored. When a multiphonic does not respond the performer should still try to obtain the desired effect by exaggerating the technical gestures (figure 2).

A full range of trills may be used including single, double, triple or larger multiple trills. Some trills will naturally create unpredictable sounds and responses. Colour trills, trills with variable speeds and mordents should also be employed. The trill symbol employed on the planes represents any or all of these options as preferred by the performer or as rendered practical by the context.

A wide range of vibratos can be used. These may be exaggerated and may include changes of speed, pitch levels and density. Exaggerations using the embouchure are particularly appropriate. (See figure 3 for notation).

Multiphonic runs should be employed. These may be executed at any tempo and can include multiphonics which are not notated on the mobile planes (see figure 4 for notation). 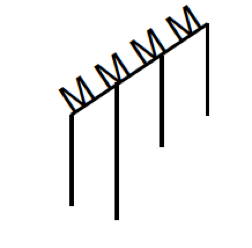 Opening or closing individual keys with a deliberate motion:

The choice of key will effect the multiphonic to a greater or lesser extent but each one should be done with exaggerated movement. Noise from clicking keys is accepted as part of the action and can be used on its own (see figure 5 for notation). 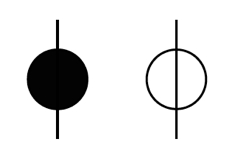 While the performer is free to choose dynamic levels, the dynamic symbol on the planes suggests a sudden change of dynamics. These can either be a brief interruption to the flow or can instigate a change in direction of longer duration. Sometimes the only option will be to force a multiphonic beyond its limits thus making it distort, breakdown or fail completely. Extreme physical movements should be employed where necessary in order to try to maintain the multiphonic (notated with the text - F - in the score).

Single tonguing in its many forms is the default form of articulation, however, when responding to the articulation symbol, one of the following forms of articulation should be employed: double tonguing, triple tonguing or flutter tonguing using either technique (these can also be used together) (notated with the text - t, t, k, - in the mobile).

These, usually, will be very short (see figure 6 for notation).

Partial covering and uncovering of the ring on the ‘d’ touch piece:

This should be used with multiphonics that do not include the ‘d’ touch piece. The effect is achieved by running the finger around the rim of the key, sometimes slightly depressing it, sometimes slightly closing the key. A similar effect can occasionally be obtained on other touch pieces with smaller holes (see figure 7 for notation). 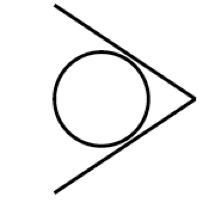 Figure 7: Symbol - Partial covering and uncovering of the ring on the ‘d’ touch piece - in Chris Redgate, Multiphonic Mobile

Varying the ‘focus’ of a multiphonic: 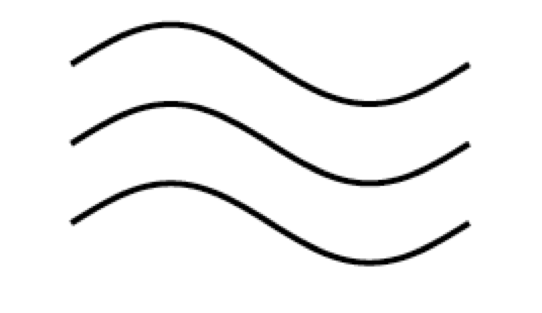 Figure 8: Symbol - Varying the ‘focus’ of a multiphonic: - in Chris Redgate, Multiphonic Mobile

Moving in unconventional ways, sometimes at quite high speeds, was surprisingly liberating. It is known that movement of the body when performing can help to release tension and give a sense of freedom but I was surprised at the extent to which this was the case here. The experience of creating movements, however, went beyond feeling relaxed. The act of creating the movements around, and in response to, the mobile added a rich new source of creative options and expressive possibilities. As expected, the movements did interfere with my ability to produce some sounds and increased significantly the aleatoric nature of the work.

The two performances also caused me to make slight modifications to the instructions. I am still considering one further change which will enable the performer to make the occasional executive decision during a live performance; one that will override the written instructions.

In developing and performing the work it has become clear to me that there is a great deal of ground to still to be explored. The performances opened some very interesting avenues and pointed to further creative possibilities. Some of the areas now under consideration include: